Today you can buy my first book (and one of my best), Cankered Roots, for only 99 cents. It features a lively pair of wacky widows–Alex and Briggie–who are cult heroes among my fans. 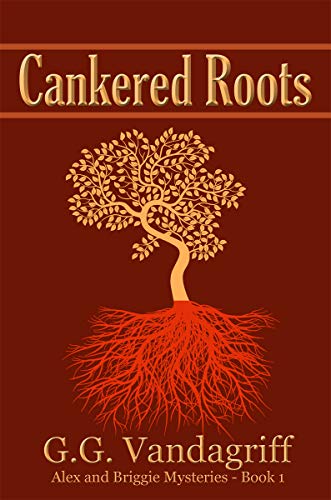 , an even spunkier, rifle-toting grandmother thinks that as they have begun a genealogy business (RootSearch, Inc.), it is high time she finds out her family secret. Something went wrong in her family during her adolescence, changing her mother from a Chicago North Shore matron into an alcoholic and a doting father into a workaholic. The moment she graduated from High School, she was sent to the Sorbonne in Paris with a generous bank account and instructions not to return.

It is now fifteen years since she has seen her parents, and she intends to lay the ghost that has separated her family for good. However

, as usual in Alex’s unpredictable life, things do not go as planned. After an acrimonious fight with her once beloved father, she leaves with only a wallet-sized photograph of a woman she knows nothing about.